Eagle Export Import Ltd is an innovative wine wholesaler with a wealth of experience in the global market.

The principal director has a passion for wine, having grown up on the family vineyard and wine-making environment. This experience has enabled the wine merchants to source a unique range of boutique wine from smaller wine makers throughout Europe and South America.

Our knowledgeable team prides itself on their wine knowledge, providing a friendly, personal service and a professional work ethic to meet clients’ requirements by delivering the right wine, at the right quality and the right price.

Whatever your palette, Eagle Export Import has the wine to satisfy your taste buds and provide you with consistently delicious wine that will have you coming back for more.

WINEBEER has been expertly crafted in Chile, as a new way to enjoy the sophistication of a good sparkling wine and the refreshing taste of a beer in one glass.

It is the amalgamation of two of the most desired beverages in the drinks market, providing a nice contradiction to meet the needs of today’s target market and the ever-growing desire for the ‘new’.

Perfect for any occasion: after work drinks, parties, nights out and with dinner, this bottle not only tastes great but is also 100% natural and only contains 127 calories. With only three ingredients: grapes, yeast and hops, WINEBEER is free from added sugar and water and is gluten free.

WINEBEER is unique and is the first of its kind; at 9% alcohol it perfectly positions itself just above the range of beers and ciders on the market.

OUR RANGE OF WINES 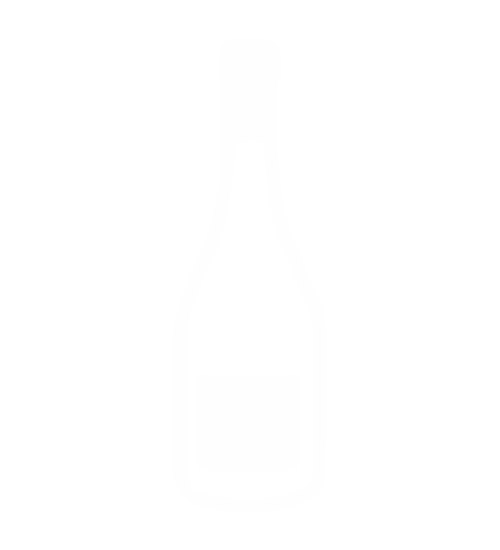 Did you know that the oldest winery was founded in Ancient Armenia in 4100 B.C.?

In its first form of creation around 3100 B.C the Pharaohs created wine from grapes because of its resemblance to blood, which would then be used in ceremonies, much like it is today. After coming into contact with the Jews and the Phoenicians, it would be the Phoenicians who would cultivate this beverage and begin spreading it round the world. The Greeks began perfecting the wine, enjoying it so much they even named a God in its honor (Dionysus) which the Romans in a similar vein created their own God Bacchus. Clearly popular right?

In 146 B.C as the Roman empire grew, so did the grapevine- travelling across Europe and planting vines in France, Germany, Italy, Portugal, Spain as well as a number of Central European nations. Becoming Catholic, the Roman Empire would see wine as a central part of the sacrament. By 1942 wine had traveled to the new world, entering across Mexico and South America. The Portuguese would then sell to Japan, and Spaniards across to Americas, Chile and Argentina.

However, when wine was imported from France into Virginia in 1619 it did not immediately take off because of the colony’s puritanical roots. It is only when Thomas Jefferson is appointed the minister of France that he falls in love with wine from what he tastes in Bordeaux and Burgundy that he returns to Virginia, determined to make wine thrive.

In 1788, the First Fleet, departing from the UK to Australia, stops in South Africa to pick up grape cuttings to be planted in Australia. James Busby, considered the father of the Australian wine industry in 1832 travels from Australia to New Zealand bringing with him the grapes and establishing New Zealand’s first vineyard in 1836. From 1848-1855 gold rushers bring vines from the East coast, most indigenous to France, but also zinfandel, a grape for which California would become known, that originated in Croatia.

As the Chinese economy opened to the world under Deng Xiaoping in 1980, imports of French wine arrived, followed by the French themselves, working with local partners to plant vineyards. In 30 years, as China’s middle and upper class populations ballooned, the nation has grown into both one of the world’s largest consumers and producers of wine.

Over its history, wine making has been totally revolutionised as an art and science. Refrigeration has revolutionised the fermentation process and harvesting has allowed winemakers to increase the size of their vineyards. Modern wine appreciation pays homage to the timeless art of wine making and demonstrates the importance of wine in the history and diversity of European culture.

Eagle Export Import is a wine merchant and wholesaler which provide individual bottles and cases of wine, to be delivered directly to your door. Our site is the perfect place to discover and purchase wine for your business. We also ensure that we notify you on which wine will go best with your food (food pairings), where the wine comes from and how the wine has been harvested. We provide you with our top pick of wine, suggesting the white wine brands and red wine brands we love. Our wine delivery service is easy and we deliver bottles and cases of wine across the UK.

At Eagle Export Import, we aim to provide our customers with bottles and cases of wine which are globally sourced; below you will find which wines originate from regions in Europe.

France is celebrated for its wines and produces spectacular wines from white to red, dry to juicy. Cabernet sauvignon flourishes in Bordeaux, Pinot Noir in Burgundy, Syrah in the Rhône, and Merlot from one of a number of regions in France. As for whites, Chardonnay must be tried in Burgundy, Sauvignon Blanc and Sémillon make up the sweet wines of Bordeaux, while Marsanne and Roussanne are among the best Rhône grapes.

Italy is famous for its hearty wines. The hills of Piedmont harvest some of the best wines including Barolo and Barbaresco, singularly scented, unusually light-colored reds derived from the Nebbiolo grape. In Tuscany, Sangiovese grapes make more full-bodied wines, notably the aptly named Super Tuscans, Chianti and Brunello.

With a long history of fine wine making, Spain excels in wines such as tempranillo from the regions of Rioja and Ribera.

We pride ourselves on hand picking the finest wines from across the globe and below you will find which wines can be sourced from South America.

Argentina’s wine production is concentrated in the middle of Argentina, with Mendoza being the focal point. It is most famous for Malbec, but Cabernet Sauvignon also flourishes in the high and dry climate along with the white wine Torrontes.

Uruguay is renowned for Tannat, which has tannin, moderate to high alcohol and grit. Although loved by the locals, not many of these wines are imported.

Although a surprising wine country, Brazilian vineyards grow well along coffee and chocolate to produce excellent Chardonnay and Merlot.